We’ve been having a great time working with Folgers on our posts for The Best Part.  Amy opened the series {here} and talked about paying it forward.  I chimed in {here} with a post that told the story of how we rescued our two quirky golden retrievers.

Today it’s my turn again, and as we focus on all the blessings we enjoy during this holiday season (including the safe return of my dear husband from a few months overseas-whoot! whoot!), I thought I’d write in honor of military spouses. 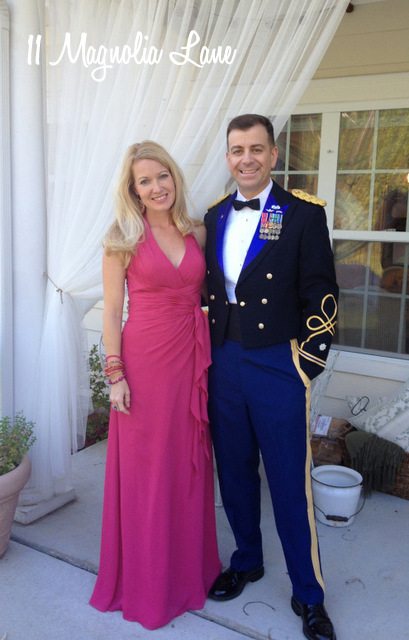 I know.  It’s kind of cheating since I also happen to be one. 🙂  I married my husband when I was twenty-three, and obviously that was a long time ago!  We’ve been married for eighteen years and I consider myself to be a grizzled veteran at this point.  I’ve had it pretty easy during that time (as you can see, we mostly attend military formals!) and am the first to admit it, but I stand in awe of so many families who have walked through the fire together.

When we moved to Savannah, most of the soldiers assigned to our post were deployed.  They’d been gone for almost a year.  But during July, August, and September, we watched as they came home, slowly but surely.  The houses on our street were decorated with huge signs saying “Welcome Home, Daddy!” and “You’re Our Hero!”   We started to see men around the neighborhood again (you never really notice that until they’re back!).  My Facebook newsfeed was full of pictures of happy reunions–so sweet after the long months of separation and waiting! 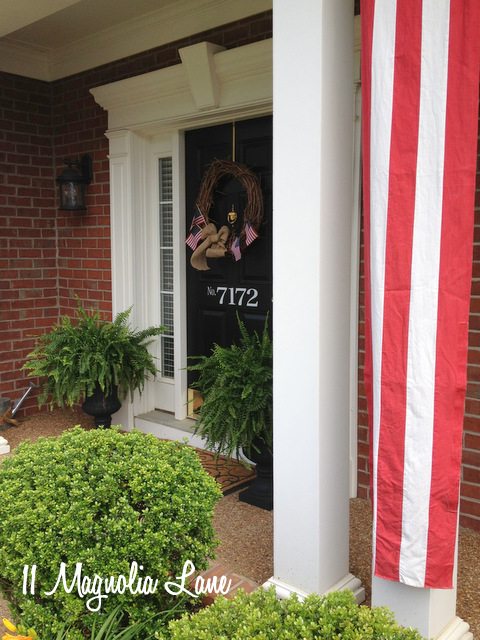 And um, yes, I know that there are men who are military spouses.  They rock, too.  It’s just that the vast majority of soldiers, especially in my husband’s unit, are guys.  No sexism intended!

Everyone who’s weathered a deployment or two knows that there’s a period of “reintegration,” where you have to get used to being a family again.  The spouse at home was running things (usually quite smoothly, thank you very much!) until the return of the other half of the pair.  It’s a bit of a diplomatic nutroll to simultaneously need (we missed you so much!) and not need (we were just fine while you were gone–we did great!) the person who’s returning.  I’m pretty sure the returning soldier has some issues to handle, too, like “I missed you so much, kids!” versus “Kids–please be quiet!  You’re driving me nuts!”  I call it “redeployment schizophrenia,” and I’m pretty sure I’m not the only one who suffers from it!

Oh, and I also try to not let my husband drive a car for the first few days that he’s home–yes, even though the Army has judged him perfectly capable of flying a fifty squadrillion dollar aircraft–but please don’t tell him that.  Hey, better safe than sorry!  Besides, it’s fun for me to watch him over in the passenger seat, pushing on the imaginary brake pedal while I drive him all over town.

My husband deployed this summer just a week after the moving truck dropped 18,000 pounds of boxes off at our new house.  I have no idea where it all came from, but they swore it was all mine!  I still have my suspicions that my hubby arranged a quick trip overseas, just in the nick of time (we’ll never know the truth, will we?).  Of course, now he’s home and he has no clue where anything is…I almost feel bad for him as I watch him open every drawer in the kitchen as he searches for a knife.  He’ll get it all figured out and then it will be time to move again–we’re on the two year plan these days.

Speaking of which, if you’re a military family, then you know ALL about moving.  We move constantly, and it’s always away from family and friends…but to the next big adventure.  In honor of the adventurous spirit that keeps us packing (and unpacking) no matter where the military sends us, Amy and I designed two printables for you.  This is one of my favorite quotes and I know quite a few of you might enjoy it, too.   After all, home isn’t a place–it’s the people, right? 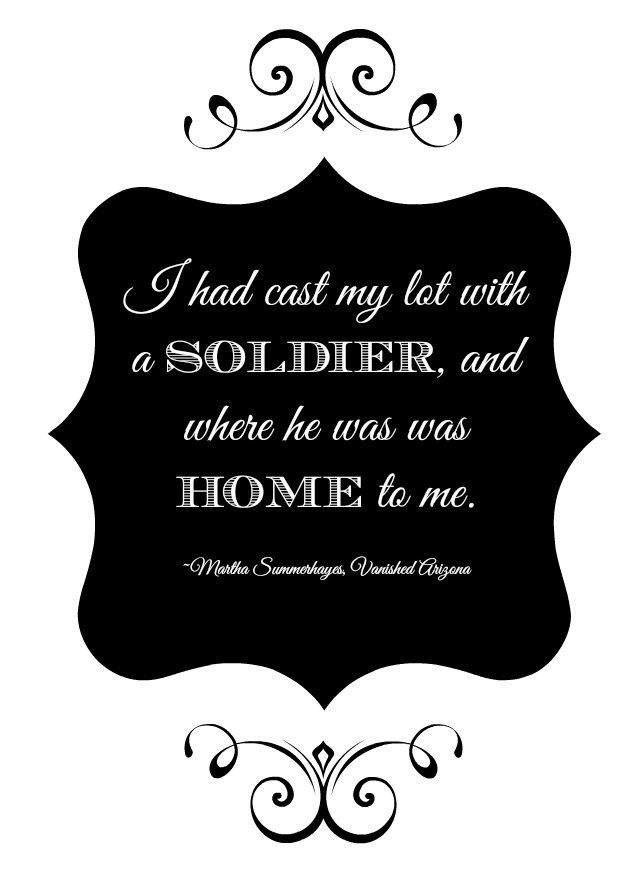 When you print these pdfs, make sure that you set your printer scale to 100% and your 5×7 can print on a standard letter size piece of paper.