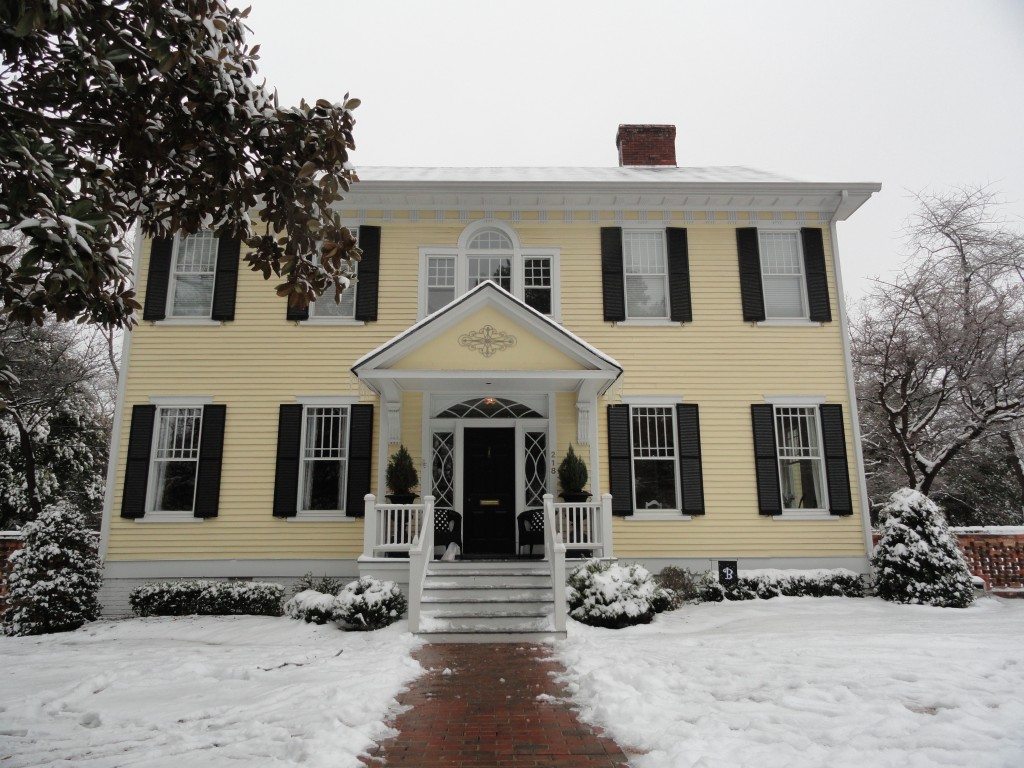 We’re in North Carolina, and we were hit on Monday (and Tuesday) with snow and then a bit of ice to top it off.  Now, I’m from Maryland, and while that’s not exactly the frozen tundra, I do remember that it took more than this for them to close school all week.  ‘Cause that’s what we’re looking at so far.  The kids are home today, and they’ve already called a 2-hour delayed opening tomorrow.  So they’ll have a full day Friday, and then a three-day weekend.

Now, I really like my children, and I even homeschool my son (and probably my daughter next year, because I’m a glutton for punishment!), but this has been a long week!  I’ve taught them how to play Rummikub, we’ve read several books, we’ve been sledding, we’ve been walked by the puppy walked the puppy, and we’ve watched Barbie: A Fashion Fairytale at least three times (my son wants you to know that he was in NO WAY involved in the watching of the Barbie movie, not even once).  I’ve also reorganized the computer armoire, where I keep my homeschooling supplies and books; the armoire in the kids’ loft, which mostly contains arts and crafts supplies and games; and the cabinet under the stairs, which sounds very Harry Potter but really just holds all of my cleaning supplies.  I even became desperate enough to consider cleaning out the Tupperware cabinet in my kitchen, but I’ll wait until cocktail hour for that!

One thing that I needed to organize was my glass-fronted cabinet in my kitchen.  The dishes that we use every single day are in here, and sometimes it gets a little cluttered, so what better time to tackle it?  Since most of my dishes are white, with a little black and pale green thrown in, that’s what I went with.  Here’s the little reveal (I say little because this is just one small space, so it’s not a big reveal). 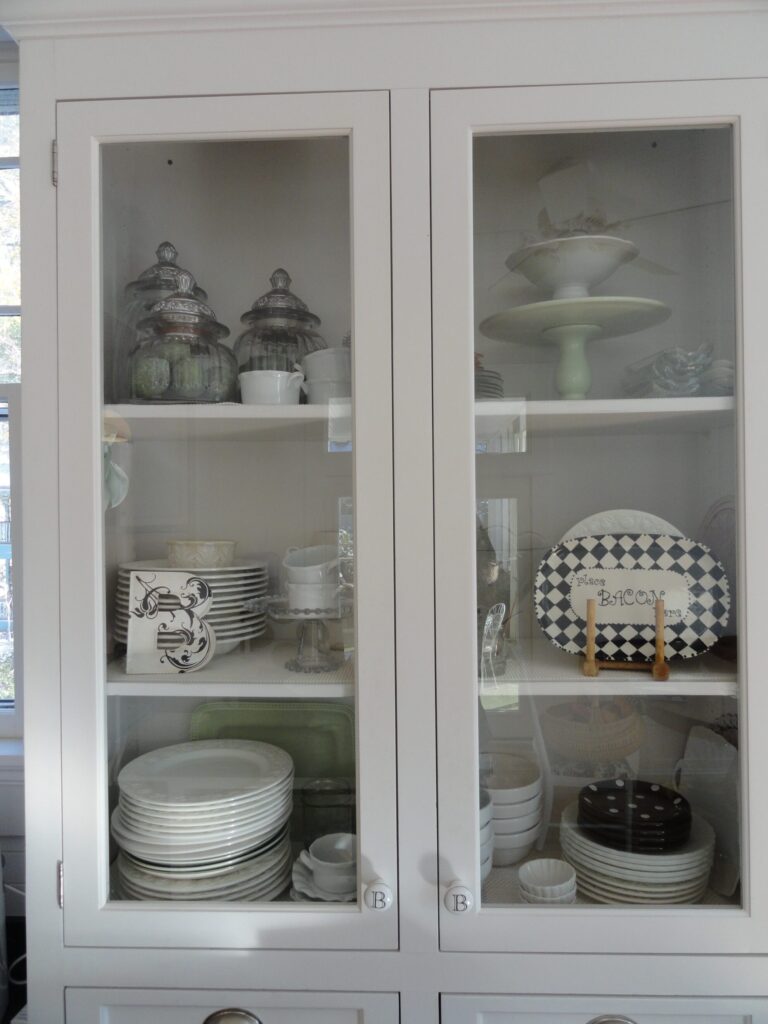 I found this set of canisters at TJ Maxx a few years ago.  They have held flour, sugar, and coffee beans in the past, but I switched to larger glass canisters for my baking supplies (I needed a wider mouth for scooping), so right now they’re purely decorative, and filled with faux limes. 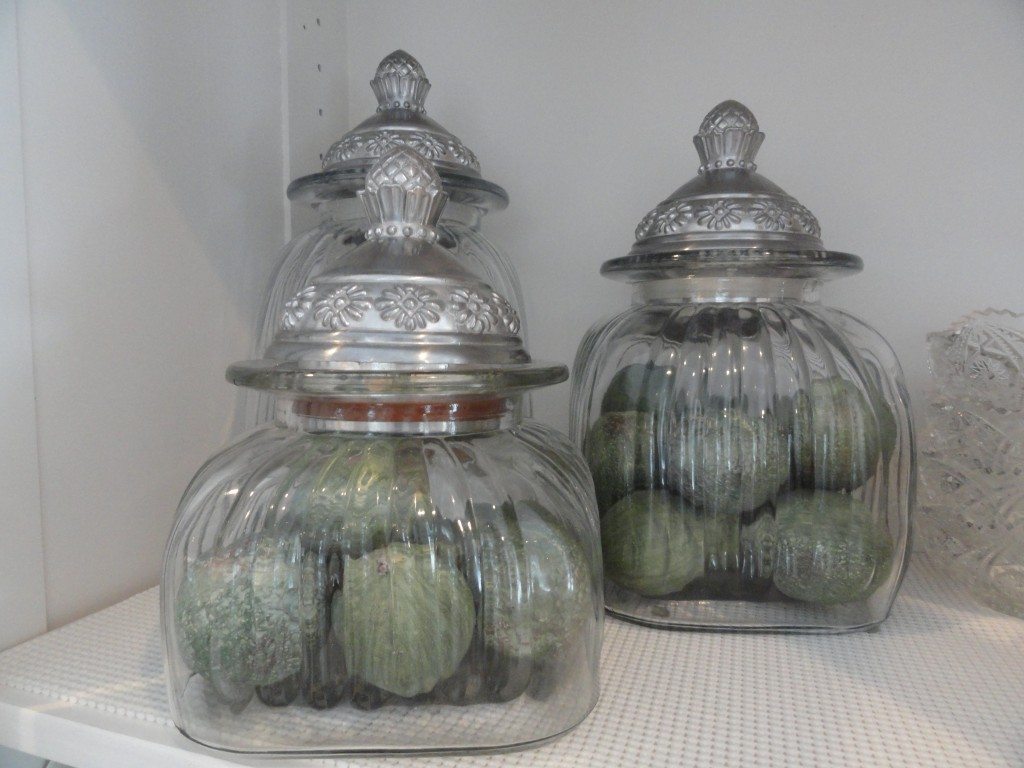 These cool “B” knobs are from Hobby Lobby.  I bought them on sale and they were only about $1.50 apiece.  I am a firm believer in the “you can never have enough monograms” rule of decorating, so you will see lots of B’s throughout my house! 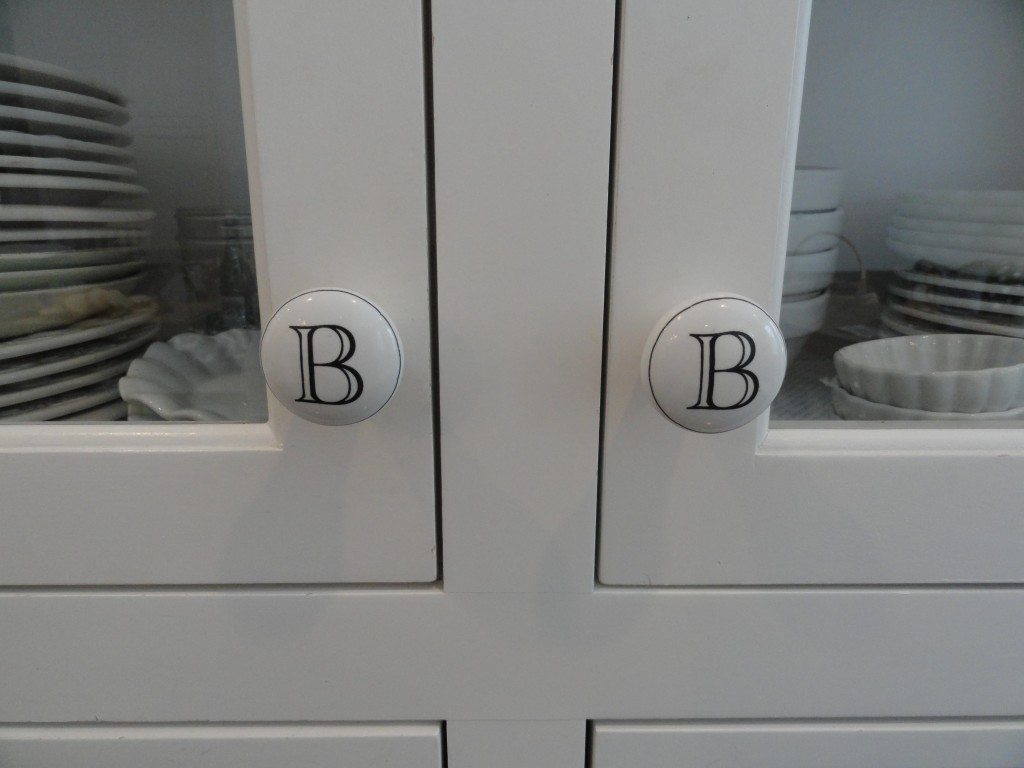 I had to include a close up of this awesome bacon platter that my sister-in-law, Jill, made me for Christmas.  Doesn’t everyone need a bacon plate?  She’s really talented at painting pottery, and I’m always happy to be the recipient of her artistic genius. 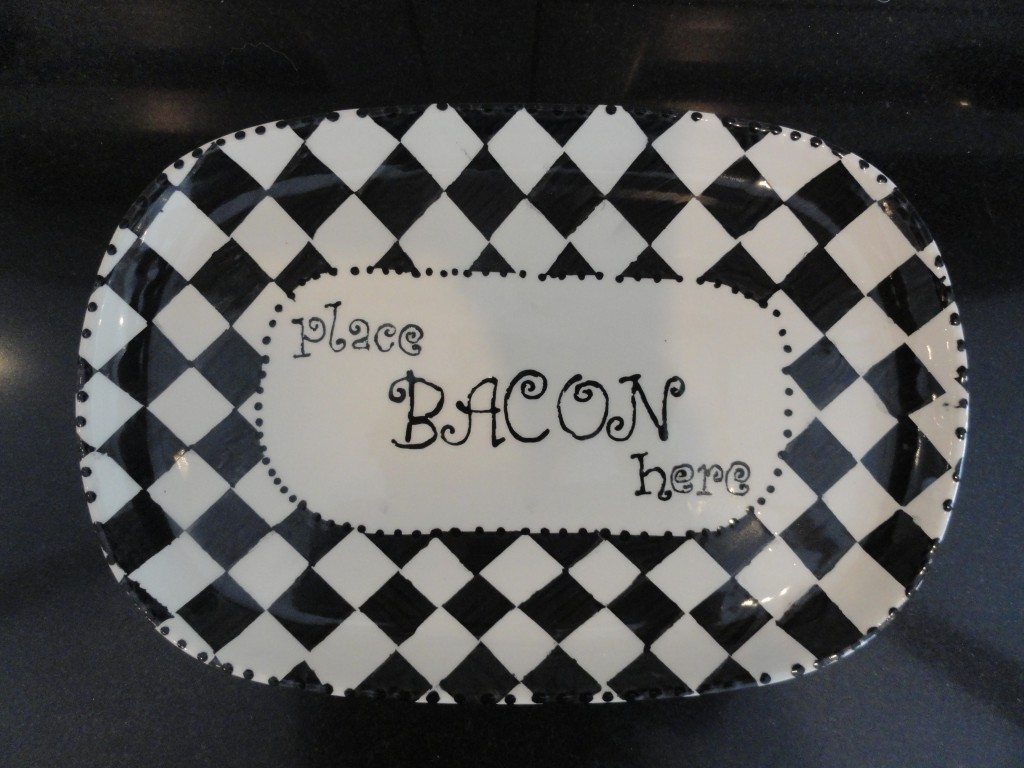 OK, this is a bit of an ADHD moment, because this is NOT my cabinet, it’s the top of my refrigerator.  But I had to show you the B plate that Jill made me for last Christmas.  Should she start a business, or what? 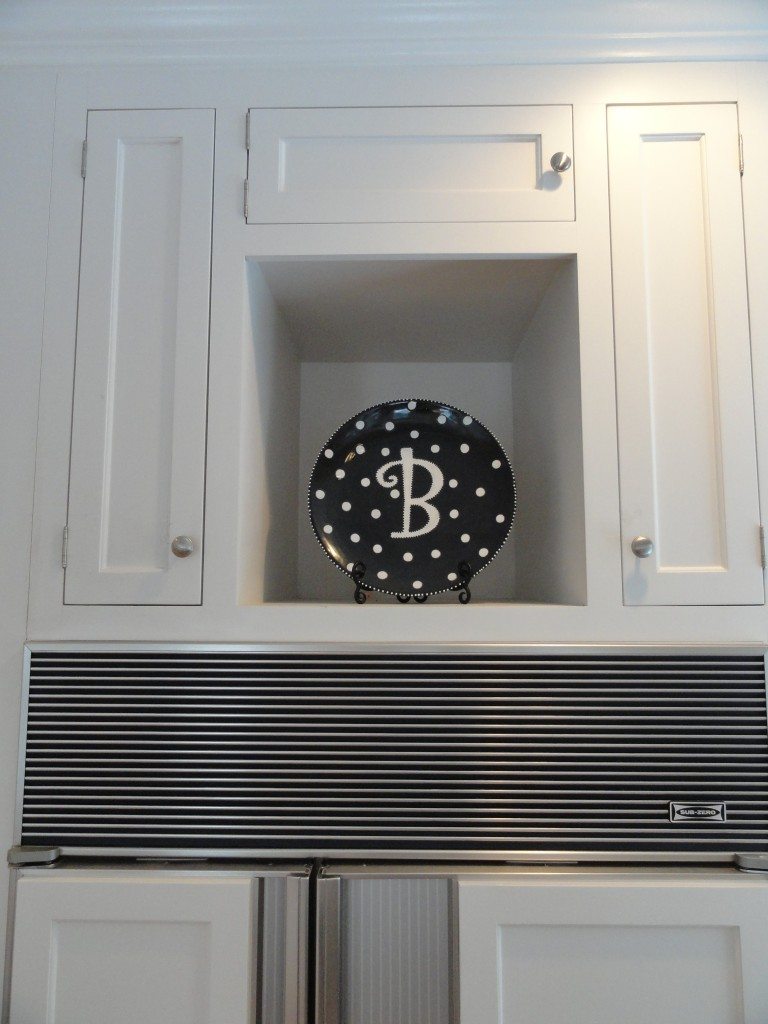 …And here’s the gratuitous puppy (and girl) picture of the day.  This is the reason that my entire kitchen can’t be photographed–too much puppy paraphernalia! 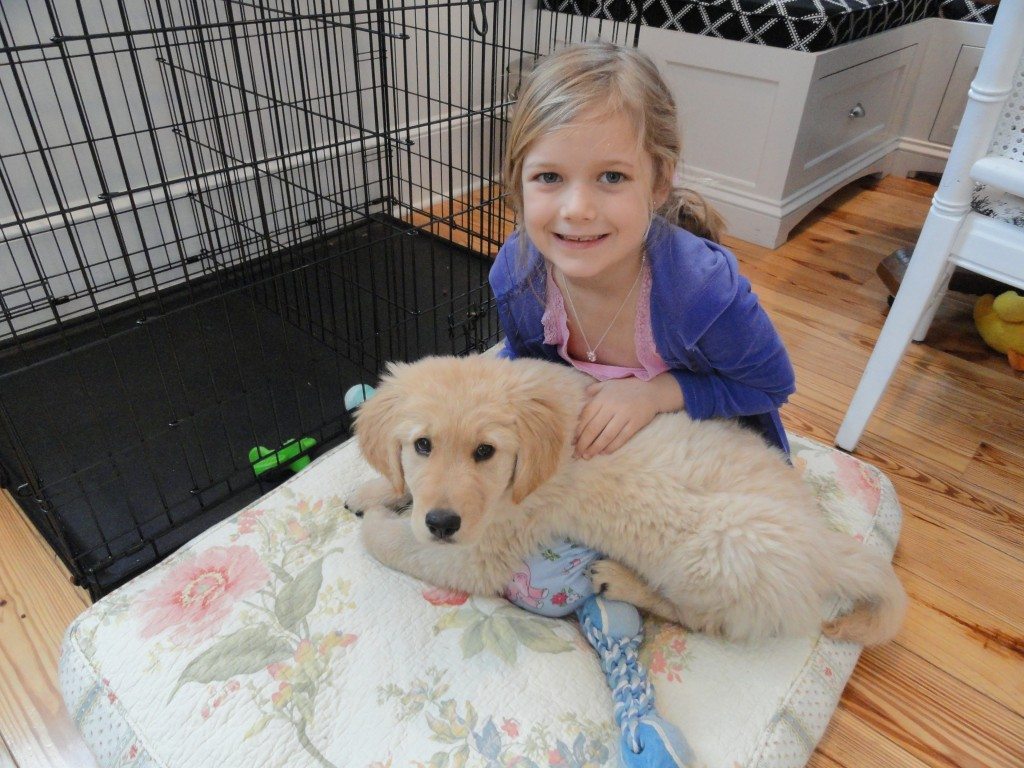 Thanks for stopping by, and let me know what you’re organizing on your snow days!