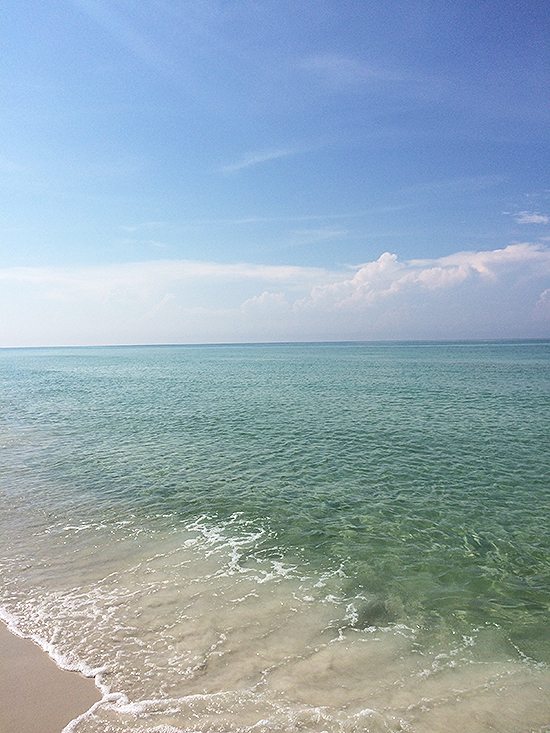 Yesterday I shared some of the fun things we did on our recent vacation to the Seaside area in Florida. When I started writing that post it was exclusively supposed to be about the cute beach house we stayed in and some of the shopping we did, but then it ran on and on and was really long! So, I decided to share it in two-parts, add in a bit of what we did for those of you considering the area for a future vacation, and circle back to sharing the house we stayed in with you all today. 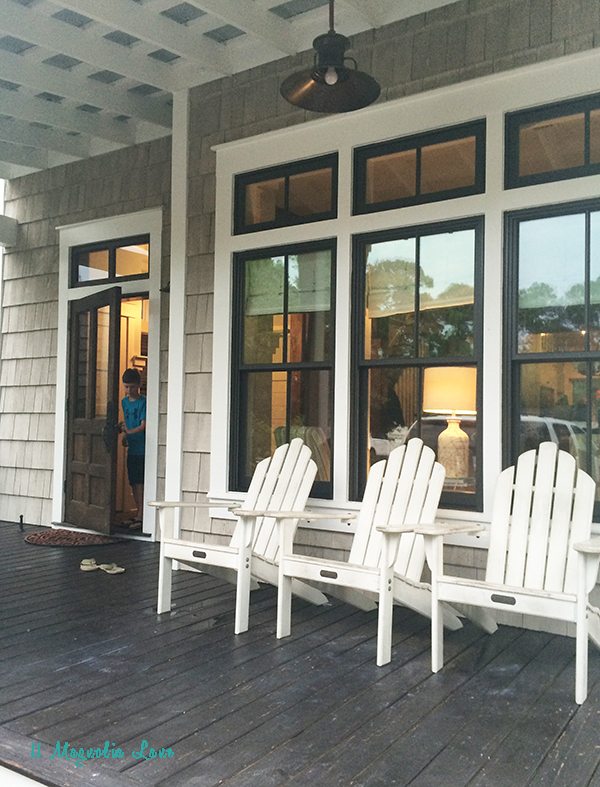 The house we stayed in was built recently, it was in a new development in the Water Sound area and many homes in the community are still under construction. Most of the homes in the 30A area are located North of the highway, so a nice thing about this home was that there is no highway to cross to get to the beach.  I’d be happy to share the rental information, if you are interested just email me at 11magnolialane@gmail.com.

The builder did a great job incorporating historic touches so the house didn’t feel like it was brand new even though it was complete with all the modern conveniences you want and need on vacation.  The doors in the house were the traditional old-fashioned five-panel doors, they had beautiful craftsman style trim and many were even the sliding barn-door style like below. The stairwell was flanked by pretty solid wood beams, all the floors were dark distressed hardwood. 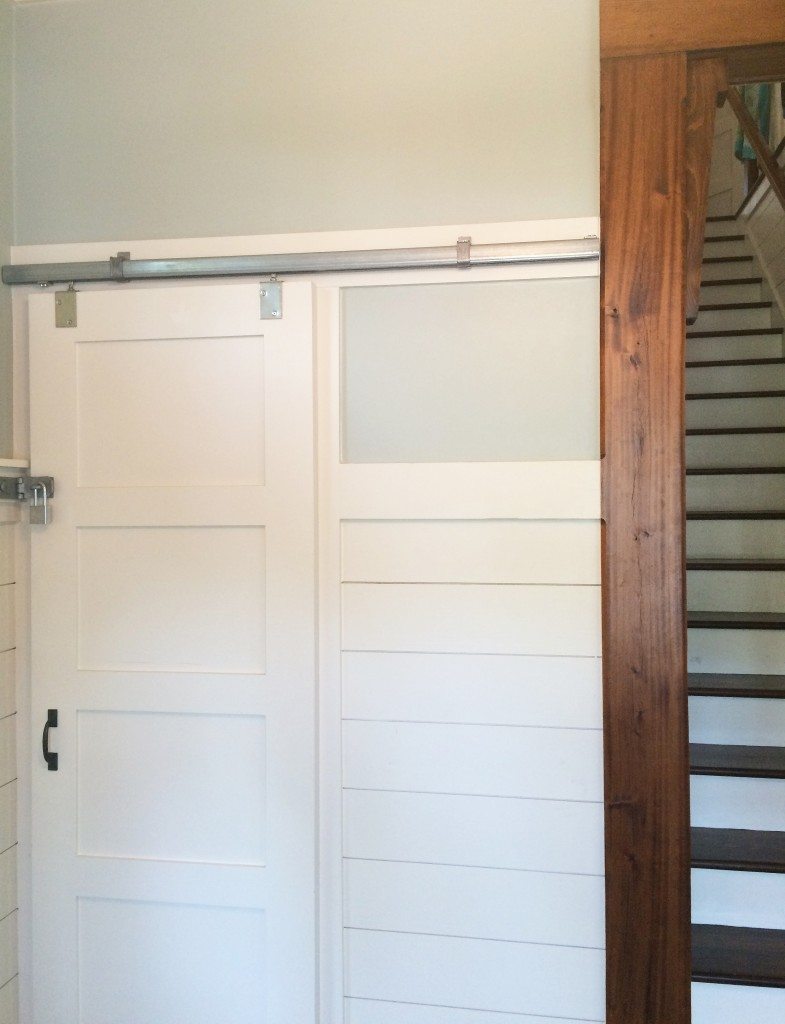 Most of the interior walls had either ship lap or board and batten, it gave the house a traditional feeling but with a coastal vibe.  Above the trim, which was white, the walls were mostly a pale blue-green, it was a very pretty and beachy combination. 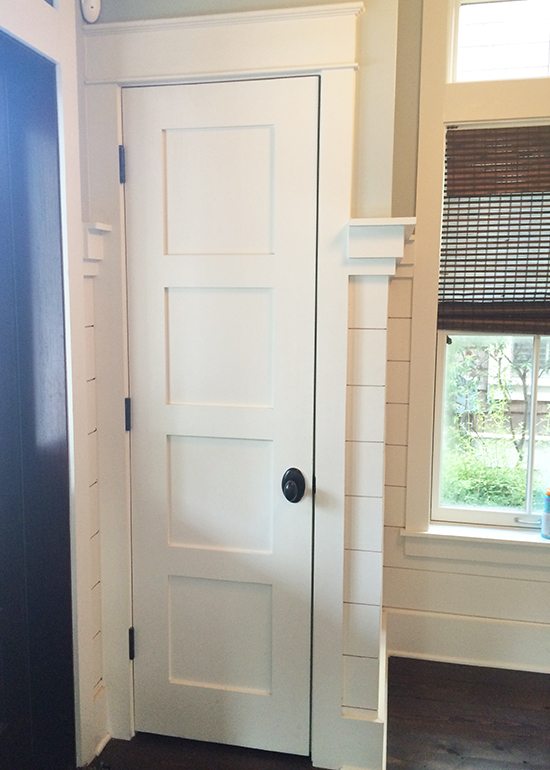 The kitchen was more modern, which was nice since details like a built-in ice maker and a large commercial range go a long way when you are feeding a crowd–which we definitely were. 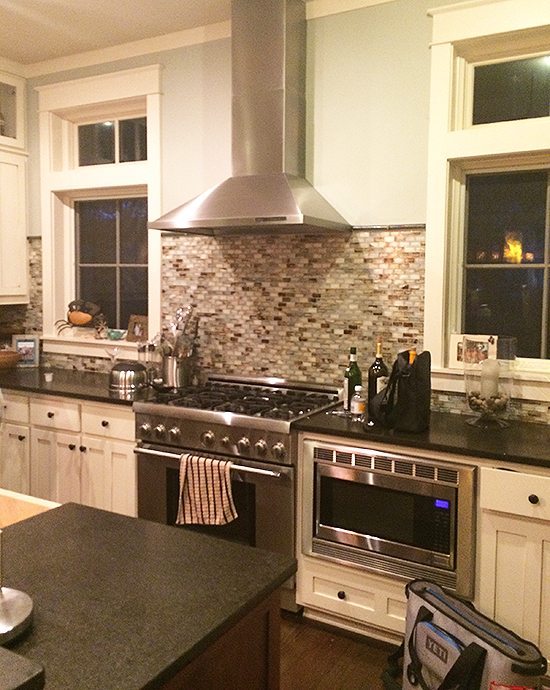 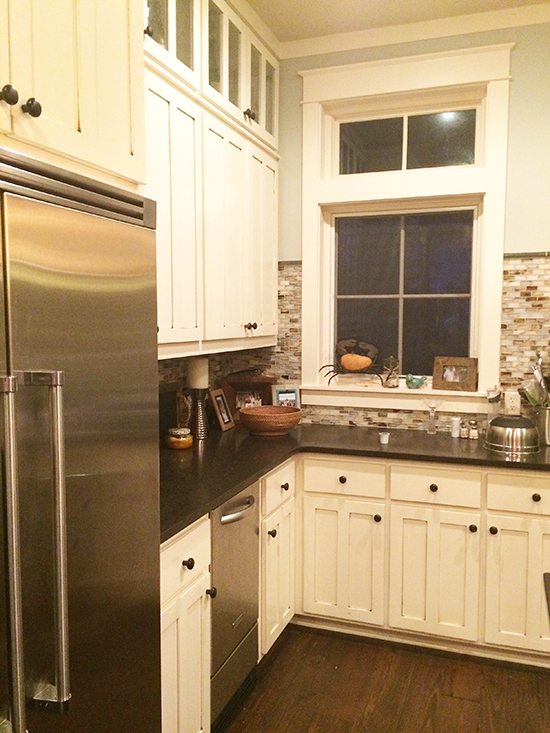 Behind the kitchen the back hallway had this great built-in shelving unit (on the right) and a cute screen porch on the back. That didn’t get much use while we were there, it was REALLY hot! 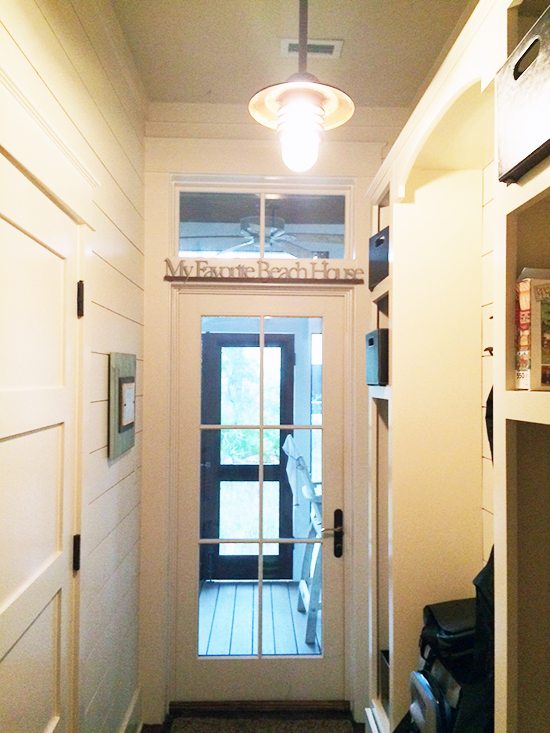 The bathrooms all had traditional white subway tile all the way up the walls, though my daughter was so freaked out that there was a window in this shower leading outside she is still talking about it! 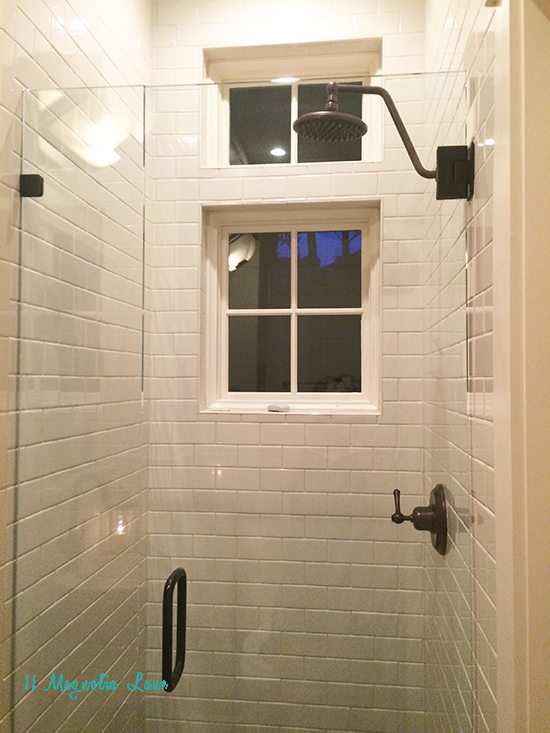 The exterior of the house was shingled, the entire community had the same look and feel. The wood door was so pretty, and the front porch was large. Our kids enjoyed an impromptu dance party out there one night, it was very cute. 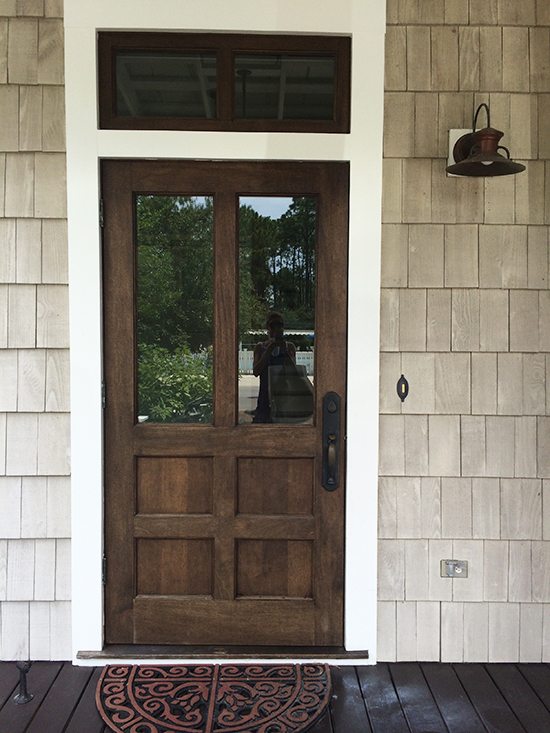 One of the best parts was that just across the street was the community pool–which made it easy for our kids to go back and forth throughout the day when they didn’t want to go to the beach. 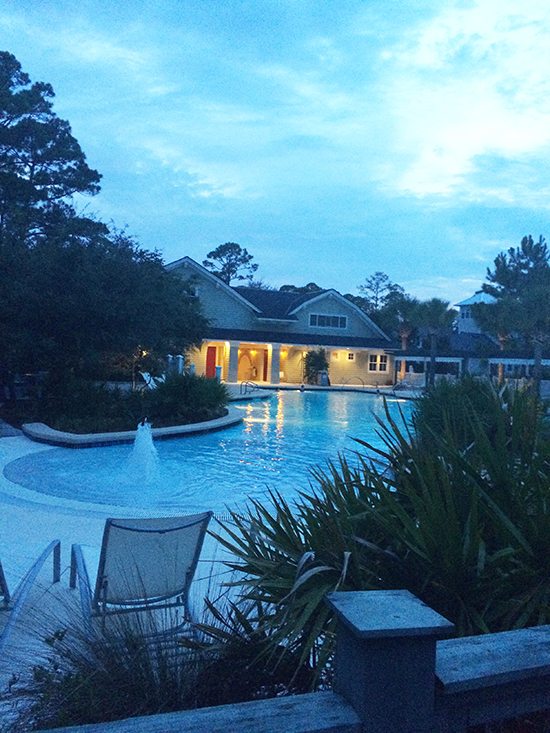 It was such a fun place to visit, we hope to return someday though its not exactly ‘just down the road’ from our home in Virginia so sadly, we won’t get there very often. I have seen so many people raving about the 30A area I am thrilled we were finally able to see it for ourselves, even with the drive it was well worth it. I am already scheming a way to return next year!

Thanks for stopping by, 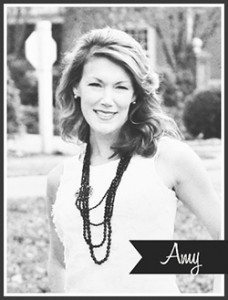 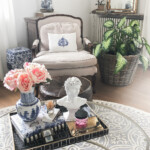 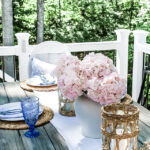 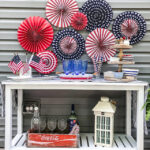 Favorite Ways to Celebrate the 4th of July 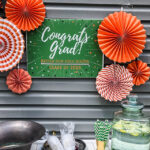 A Quick Look at Our Graduation Party