Last Wednesday afternoon I was quietly sitting at our kitchen table doing some work on my computer when an emergency alert suddenly sounded on my phone. The warning flashed that a thunderstorm with high winds was approaching our area. I remember glancing out the windows, and since we have a pretty extensive view and the sun was shining, I went back to my work thinking it probably wouldn’t be too serious. I remember that my husband was outside on a work call, I could see him pacing around the driveway while he talked.

It wasn’t long after when the sky darkened very quickly and the wind picked up. The door slammed as my husband quickly came into the kitchen, trying to exit his call as graciously as possible. Our phones blared again with another emergency alert, warning of an approaching storm with over 80mph winds. In what seemed like seconds, it got very dark and we could hear the wind start up outside. We grabbed our dogs, tracked our son down on the 3rd level of our home and all scrambled down into the basement.

I screen captured this off a quick video I took from our basement door, the storm hit with rain going sideways, and the power went out within minutes.

When it ended (maybe 20 minutes later?) and we emerged from the safety of our underground basement, it was a shock to see the conditions around us. We later learned that the storm had wind gusts that might have even gotten close to 100 miles per hour, and the power was out literally all over. While initial guesses were that the storm had tornado activity, that doesn’t seem to have been the case; though trees, many large ones, were down literally everywhere. We were stunned, but so thankful nobody was hurt.

We spent the next few hours trying to get our daughter, she had been on her way to youth group with friends (thankfully out of the direct route of the storm) but they had detoured to a friend’s home for safety, but we soon found we couldn’t get off our road in any direction. Tree after tree was down and in some places power lines were laying in the streets or hanging from trees. As happens in these situations, the neighbors quickly rallied together and began helping try to clear the roads with their chainsaws, ATV’s and jeeps and trucks with tow lines. I snapped this picture of the guys working just outside our street to try to clear the road.

Thanks to all their efforts, we were, later in the evening able to get out into town to pick up our daughter. We were shocked to see the storm damage there was as bad, if not worse than out where we live. There were trees that had fallen on cars and homes. It was just a huge storm and one that hit literally, out of the blue. While thankfully it wasn’t a large storm with a wide path, where it hit, it hit hard.

We spent the days after, into the weekend, clearing the downed trees and cutting up limbs on our property. Our power was restored 48 hours later (which meant we had no water here those days as we are on a well) but we were able to ‘shower and power’ at my parents (who thankfully weren’t directly impacted), at friends’ homes, and at our church. I remember just thinking–we just moved in this house, I didn’t have time to prepare for this! Though nobody had time to prepare for this one, it came without any warning. This storm, while unprecedented in our area, was truly a big wake up call.

I thought I’d share this event because the common thread of so many of my conversations since ‘the storm’ has been about preparedness. While my husband and I had often discussed wanting to live in a more self-sufficient fashion in this new home, this storm made us more aware of ways we could be better prepared for sudden emergencies. Over the last few years, I think we’ve all learned we have to be prepared for the unexpected.

We’re moving quickly toward getting a generator, something our new home doesn’t already have. We’ll also add an underground propane tank that can power all our utilities if needed (which will work with our future gas range in our kitchen renovation, bonus!), as last week made me appreciate having water as an essential! There are other items, like this solar phone charger and these battery powered light bulbs that after doing my research are smart to have on hand. I also added a new first aid kit and am starting to stock up on our emergency food and water supply. As luck would have it, I was scheduled to go to a class on canning and food preservation on Saturday (which was fascinating BTW); God isn’t subtle in his timing is He?!? Needless to say, the events of the week before made for interesting conversation during the class and affimed for all of us the importance of getting prepared. I’ll be sharing more in the months to come (especially if this is of interest, let me know) as I do think it is important for all of us in these strange times. In the meantime, we’re safe and sound and grateful that all our family and friends are safe, but what a week it was!

In addition to all that, we had renovation work start on our new house so I’ll be back Tuesday with an update on what is going on with that! In the meantime, have a wonderful 4th of July and please, stay safe! 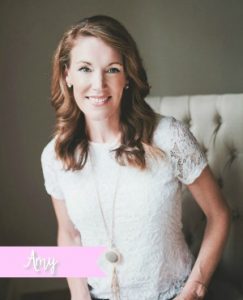 We promise to never sell your email information. Our posts contain affiliate links.  If you make a purchase after clicking on these links, we will earn a small commission, which helps to keep our content free.  You don’t pay a cent more than you would otherwise, since that would be tacky! Please see our full disclosure policy here. 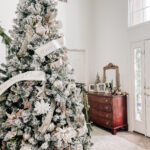 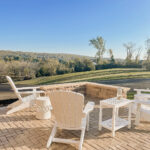 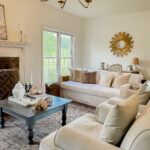 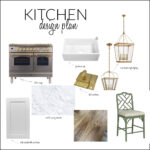