I used to be the “designated hostess” for Thanksgiving, but for the last few years we’ve spent it with our good friends, Scott and Becky, who used to be our next door neighbors when we lived in Savannah. When he retired from the Army, they relocated to Cary, which is only about an hour north of us. We try to get together as often as possible, and we always join them for Thanksgiving since it’s my daughter’s only day off during a week that includes over thirty hours of rehearsals and six Nutcracker performances. 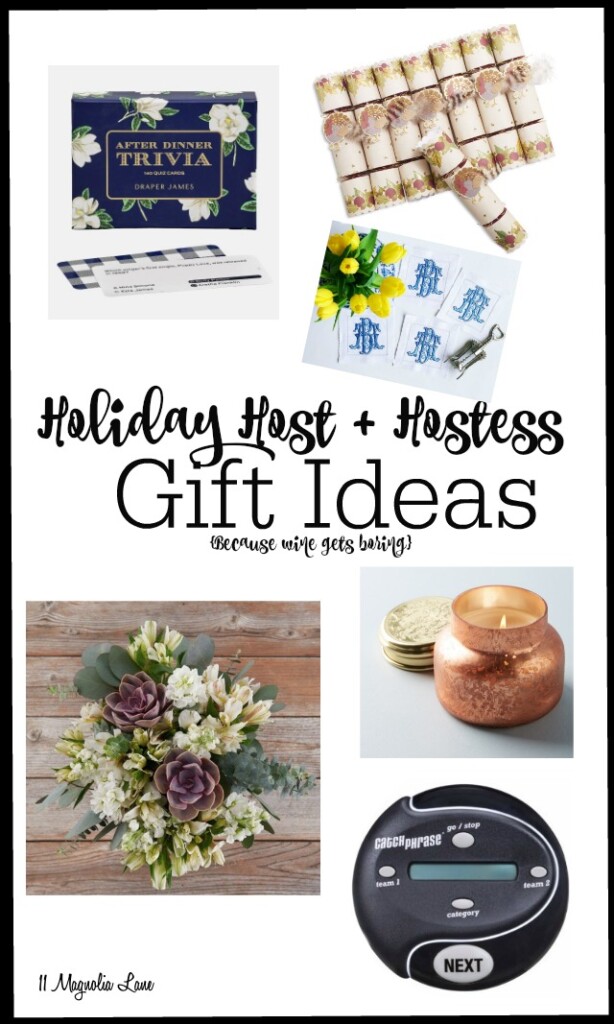 Of course, we have things down to a routine at this point. I usually bring my yeast rolls (recipe here) with strawberry jam (recipe here), macaroni and cheese (recipe here), a couple of bottles of wine, and a ham with homemade mustard (recipe here). Since we have two kids and they have three and all are home from school for Thanksgiving, we have a full table even before we add in extended family and neighbors, but the more the merrier!

Hosting Thanksgiving dinner is no joke–it’s great fun but it’s a ton of work. If you’re lucky enough to be a guest at someone else’s table, like me, then you will want to show your appreciation with a host or hostess gift. Today I’m sharing a few of my favorites and they are all tried and true.

These Thanksgiving crackers always make an appearance on our Thanksgiving table. They’re pretty and fun; you might read that they’re for children but that’s a big lie because the adults love them, too. 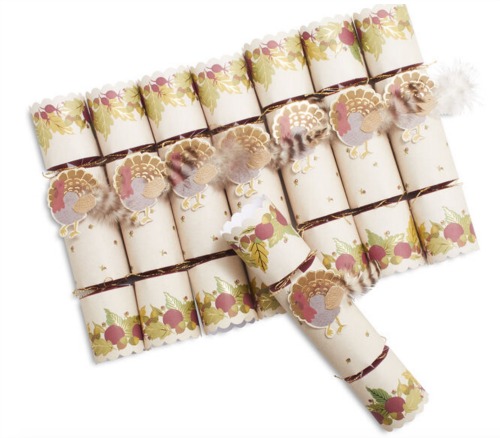 You’ll want to order these ahead of time since they’re custom-made, but a set of monogrammed cocktail napkins is a thoughtful gift that will improve the look of any bar cart. If your hosts are a married couple, the correct order for a married monogram is bride’s first initial, last name initial in the center, then groom’s first initial. 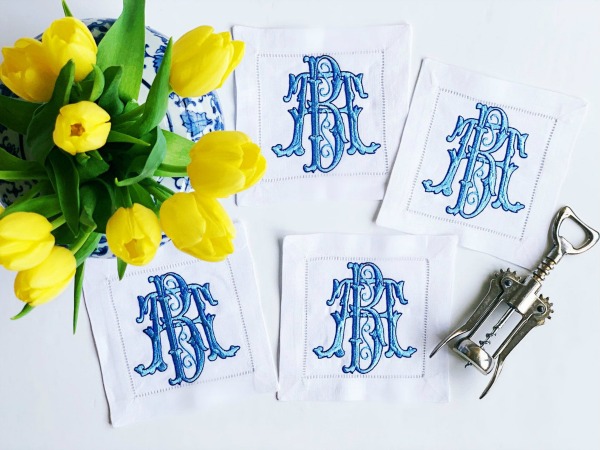 The best-smelling fall candle in the world is Anthropologie’s Capri Blue Pumpkin Clove Candle. It’s so popular that the largest size is actually sold out at Anthro right now, so I linked to another site that has them available. 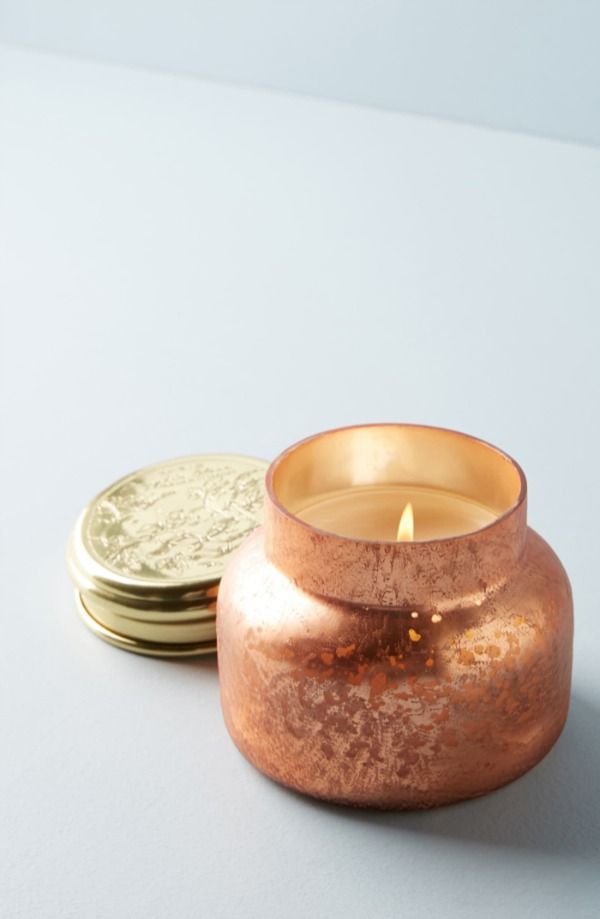 If you’d prefer to bring a homemade gift, the mustard that I mentioned above is super easy to make and it’s absolutely delicious. It goes great with ham or on sandwiches and it makes a bunch so you’ll have plenty to keep and plenty to share. My Aunt Diana graciously shared her recipe with us years ago and you can find the recipe, jars, and tags HERE. 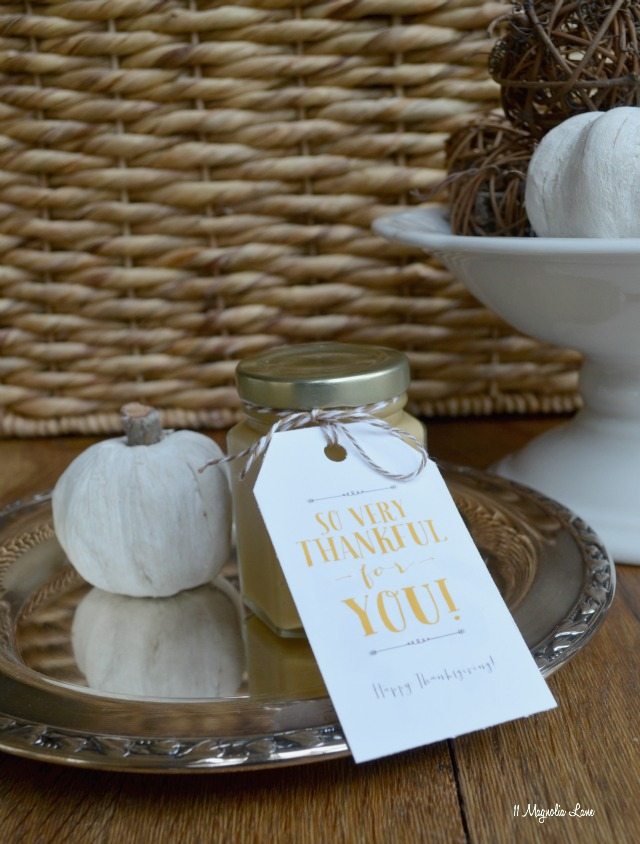 Want to go the traditional route and give your hostess flowers? Why not send an arrangement that can be used as a centerpiece? I like to send them a day or two before. This gorgeous fall succulent arrangement is called “Never Desert You” and it’s from Bouqs.com. If you’re planning to order just know that they need two days’ notice and charge a little more for weekend delivery, but if you sign up for their emails they’ll send you a discount code. 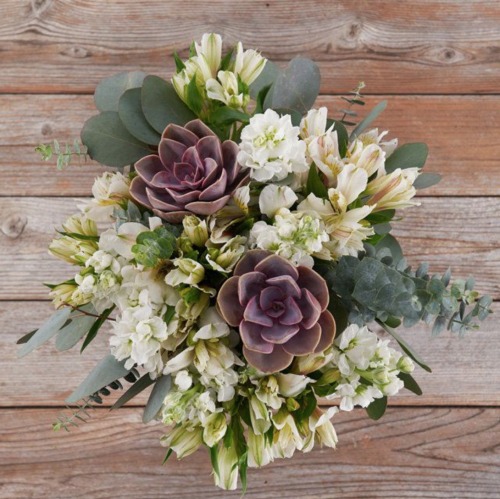 My daughter and I are huge fans of Reese Witherspoon’s Draper James brand, and when I found this After Dinner Trivia set I knew it would be a great hostess gift. It’s only $12, so it won’t break the bank either. 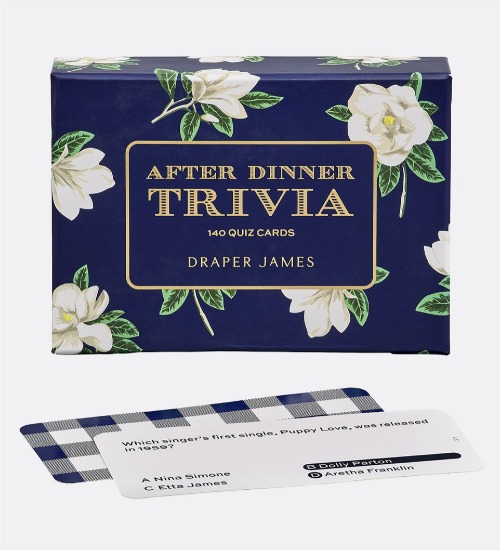 Last but not least, Catch Phrase is one of our very favorite games. It’s great for bigger groups and all ages. We had an earlier version that was red and played it so many times over the years that the clues were starting to sound familiar, so when I saw that this new version was in stores, I scooped it up. It’s great for after Thanksgiving dinner, especially if you’re not a football fan! 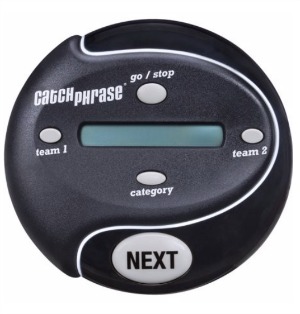