Today’s post is my monthly Germany vs the US comparison. I keep a running list in my phone of things to share with you, and it keeps growning!

It’s funny that something as basic as water is so different over here. German water is HARD! I know some of you live in places where the water is hard, so some of this will come as no surprise to you, but it’s been quite an education for me.

The tap water in Germany is quite safe to drink, although most Germans (around 70%) prefer to drink carbonated mineral water. In our building, our neighbors store cases upon cases of it in the kellar (cellar). I tend to think that hard water is a good chance to get the calcium and magnesium that is lacking in most modern diets, and we use our Berkey water filter on all of our water anyway, so we drink it and find it completely tasteless.

This is the first place I’ve lived where we have to put salt in the dishwasher; it’s used to soften the water and keep lime (kalk) from streaking on the dried dishes. If you don’t add salt, the lime buildup can actually damage the pipes over time.

Speaking of which, we have anti-lime cleaning products that we have to use throughout our apartment–in the toilet, in the washing machine, and on the glass shower doors (and heaven forbid if we don’t squeegee after we shower because those water spots are a killer).

Another thing that I’ve noticed is that the water tends to dry my skin out more, especially in the winter, so I have to moisturize more (and shower less!). I’ve also started using German brands of shampoo and conditioner as they’re formulated for the hard water and don’t leave my hair so dry.

We love mineralwasser, too, but instead of buying and returning bottles, we’ve just been using our Soda Stream that we brought from home. Most grocery stores here sell the gasflasche replacements and they’re less expensive than in the States.

Moving on to the solid form of water, let’s talk about ice. I think most people know that ice is just not a thing over here, and it almost seems like Germans dislike cold beverages in general. I’ve heard two explanations for this: first, that beverages like beer have a better taste when they’re not served ice-cold, and second, that cold drinks are believed to not be good for your stomach (my landlady told me this). I know we have a few German readers, so please let me know if I’m correct.

Since the German fridge in our apartment doesn’t have a freezer, and the small US one that the base loaned to us has a very, very small freezer, we bought a countertop ice maker that has made my life happier overall, although I have noticed that I use less ice than I used to.

I think the coffee is just better here. It tends to be stronger, in my opinion, so I’ve gone from two large cups in the morning to one small (8 oz) one instead.

Whole beans are the norm, with most stores having a grinder if you have a French press or drip-style coffee maker, although most people I’ve seen have fully automatic ones like ours where you just pour the beans into the top:

Single cup brewing systems (like Keurigs) are just not a thing over here, probably because they are so conscious of the amount of trash and recycling they generate. My Keurig is obviously 110v so it’s stored down in the kellar until we return to the States.

I also don’t see as many people drinking coffee on the go here. Yes, it happens, but the Germans seem to keep a less frantic pace and enjoy their food and drink at a table more often than not. I like that!

We’ve been here long enough that I’ve been in quite a few other homes and apartments, and carpet is not a thing at all over here, which I love because carpet gets so nasty.

Beautiful hardwood floors are the standard (with tile in the wet rooms) and I do love the beauty they add to every room. The German habit is to remove shoes just outside or right inside the door and put on house slippers. I am still training my family to do this, but I appreciate how the floors stay cleaner.

Another stereotype that seems to be true so far is that most Germans keep things spic and span, inside and out. Even in the dead of winter, our neighbors have a perfectly manicured garden area. I think the leaves are smart to fall on just our side of the fence!

Even the air is clean in German apartments; we have to lüften several times a day. This means we turn off the radiators, open up all the windows, and let stale air out and fresh air in. This makes sure that the moist air generated by the radiators doesn’t start mold growing and it also freezes any lurking Covid (seriously, there are signs on the highways reminding us to lüften as part of our 15 365 days to flatten the curve). Having lived in several old houses where the windows were painted shut, I love being able to air the house out to remove cooking and pet odors.

I’m sure there will be another installment about ventilation come warmer weather, since air conditioning is also not a thing over here, so stay tuned, and thanks for stopping by! 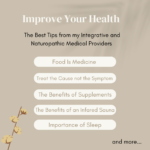 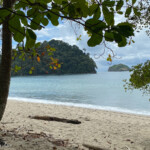 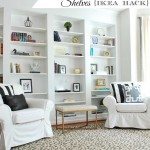