I’ve been a little bit obsessed with deer antlers lately.  I think Terry started it when she found that amazing wooden stag/deer head for her baby’s nursery {here}. 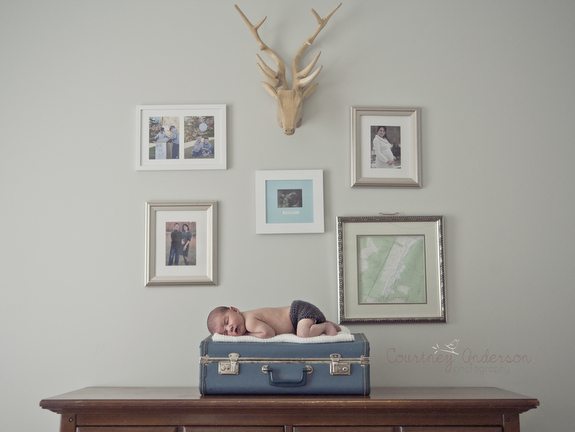 That little baby is pretty, sweet, too!

I looked on Craigslist and mostly found stuffed deer heads.  I’m not quite sure I’m ready to take that plunge yet, although I come from a family of hunters.  Mostly I remember being scared. to. death of the stuffed deer head at my grandmother’s house when I was little.

I did find one box of antlers, but they wanted $50 for them!  Then I remembered that, as mentioned above, I come from a family of hunters.  I’m smart like that.  I called my uncle, who lives in Michigan, and who just happened to be coming for a visit.  He brought me four antlers, or “sheds” as they call them (because the deer shed them and they find them in the woods).  I think one set–the four-pointers–were from one of my cousin’s deer, but they separated them for me.

Here’s what I did with two of them: 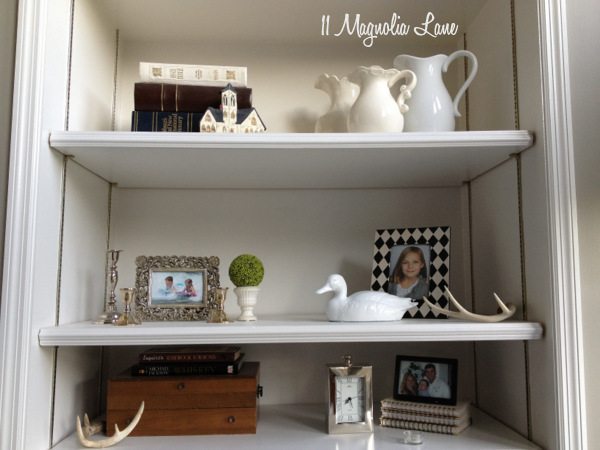 It isn’t rocket science; I just incorporated them into the decor on our shelves. 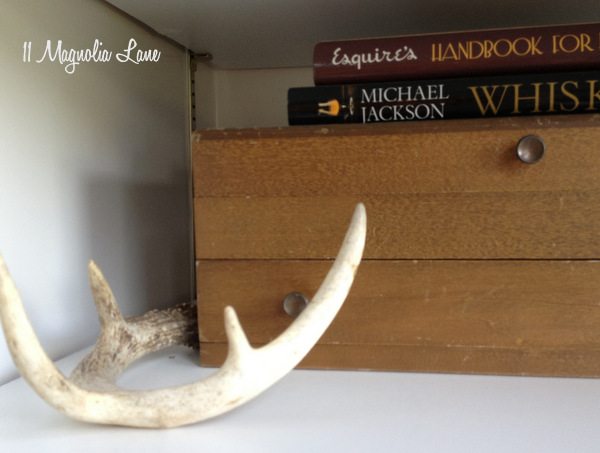 They’re mostly white, but the bases are knobby and rough.  I just used them as-is. 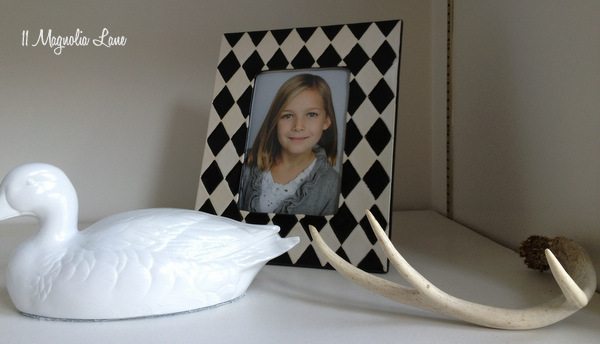 I had to move them higher on the shelves because the dogs went crazy over them and I’m sure would have chewed them to bits by now if I had let them.  I guess that makes sense.

I’ve seen the antler chandeliers, but I’m not a huge fan of those.  I think I like this look better…it adds a little interest but doesn’t overwhelm the style of the room.  By the way, remember that white duck that started out bright blue?  I like him much better this way!

What are you favorite natural decor pieces?  Turtle shells?  Coral?  Or are you an antler fan, too? 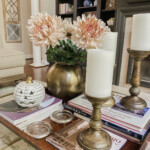 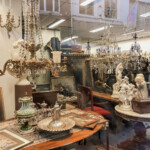 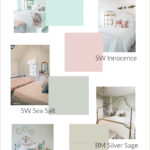 Our Favorite Paint Colors + Decor for A Girl'... 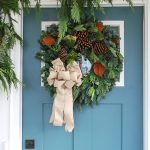