I can’t believe how long it’s been since I’ve written a Germany vs the US post! My last one was about my experience with German hospitals during my appendectomy (see that post here) and I do have to add one interesting note to that post.

My daughter and I spent most of the summer in the States, and then I flew back here in late August after getting her moved in at Georgetown. My OR report was waiting for me in a pile of mail when I got home. Of course it was in German, so I pulled up my Google translate app to read it. Guess what–my appendix had actually perforated and no one mentioned it to me. What?! No wonder they kept me inpatient all week, and I had a drain in place after surgery. It all makes so much more sense now…it’s just funny that that important tidbit got lost in translation. I talked to my surgeon several times after surgery and it seems like it was something that might have come up in conversation, but at least I have a reason now for why it took me a couple of months to feel normal again.

The past is past, so let’s move on to today’s topics.

Spring has sprung…but not really

We’re more than a week into spring, and usually by this time I’m wearing short sleeves and open-toed shoes in the southern US. Sadly, it’s still winter here in Germany. Last year, I went to the hospital for my appendectomy on May 31st and I wore my black puffer coat because it was that cold.

This is a typical German sky in the winter:

Gray and cloudy is the norm, which is why most Germans I know take Vitamin D supplements (I take 5000IU/day during the winter). If you’re prone to seasonal affective disorder like I think I am, the struggle is real, because the gray skies go on for about six months.

Last week we had a sneak peek at spring, with beautiful sunny, blue skies and temperatures around 16° Celsius (about 60° F), and I got so excited that I almost ran out to buy new plants for my window boxes. Fortunately I came to my senses before I wasted a bunch of money…we have snow in the forecast this weekend.

Obviously this is an observation, not a complaint. If you live in the north, you get longer winters and darker days. The tradeoff comes during the summer months, when it stays light until 9-10pm and the weather is lovely. We’ve adjusted by going south for our travel during the winter: Spain, Portugal, and Greece. I know now why Germans consider the Balearic Island of Mallorca to be their “17th state.” We’ve been there several times and it’s the perfect place to soak up Vitamin D.

Staying warm during the long winter

If you’re European, then this section will be pretty obvious, but for those of us who are used to central heating and air conditioning, it’s a portal into a whole new world.

I know I’ve mentioned this before, but air conditioning is very rare in Germany. We lüften year round (opening the windows for a few minutes throughout the day to exchange the air), and in the summer we leave those windows open all day long. You can use your rolladen (rolling shades on the outside of the windows) to block the sun and keep things cooler and darker, and you can also purchase portable AC units for your bedroom if you’re really desperate, but fresh air is considered more important (and healthier) than cool air. Kind of like ice isn’t a thing here, but with air instead of drinks.

While there are some newer buildings that use radiant heat in the floors to keep things toasty in winter, our building is older and has radiators. They’re unobtrusive but they’re in every room, minus the hallways.

Even our little guest bath (aka powder room) has a tiny little radiator.

Heating with radiators requires a little forethought because it takes awhile to warm up a room. I think I’ve mentioned before that all German rooms have doors–it’s the opposite of open concept –and that’s so you can close off rooms that you don’t want to heat. In the winter, I close the doors to our dining room and living room and turn those radiators on until the two rooms are toasty. The rest of the house stays pretty cool and we’ll turn those radiators on when we need them, like in the bathroom before taking a shower.

Every year or so, our meters are read and our actual usage is calculated and reconciled to what we pay monthly in estimated utilities. Every radiator has its own meter (you can see it in the center of the radiator in the above picture of our living room), as well as our faucets and our electric meter.

I expect to have a heart attack when this year’s reconciliation takes place. German utilities are already some of the most expensive in the EU, and given that we are in an energy crisis secondary to the war in Ukraine, the government has just enacted their emergency plan. Germany depends on Russia for most of their natural gas through the Nord Stream pipeline, so they are quite literally over a barrel right now.

Day drinking but not driving

Maybe it’s those sky high gas and energy prices, but day drinking is a normal thing here. I don’t mean in a wild-and-crazy way, but more of casual, let’s have wine or beer with lunch every day way. Or champagne. I’ll admit it, I’m a fan. And as I covered in an earlier post, the drinking age is much lower and there are no open container laws over here–at least, as far as I can tell. The beer and wines are amazing and inexpensive. All of those factors combine to make drinking more ubiquitous.

That being said, don’t even think about driving if you’ve been drinking. The DUI penalties are much more strict over here, and honestly, public transportation is so excellent that there’s no reason to drink and drive. This is a good article on how DUIs work over here if you’re interested.

Don’t stress out, but fourth grade determines your entire life

In the States, it used to be that high school was the terminus of education for most people, but over the last generation or so a bachelor’s degree has become the new status quo, so much so that now we have a hard time filling trade jobs. I told my kids that they would probably have more job security and make more money if they apprenticed with an electrician or a plumber, such are the shortages we’re facing in the US!

Not so in Germany.

Public school in Germany is free and compulsory. Parents can choose to send their children to private or international schools if they pay tuition, and homeschooling is verboten. If you attend public school, in your fourth year they decide your fate for life, and I’m not kidding. There are three tracks from fifth year onward and those tracks determine which professions you’ll be best suited to. Here’s a breakdown:

From what my friends have told me, you do sometimes have the opportunity to move from one track to another if you show improvement (or deterioration) in your academic abilities, but it’s definitely true that which Schule you attend determines which professions you can pursue. In the US we have the belief that any child can achieve any career goal they want and in Germany they seem to be much more realistic about the fact that not everyone is cut out for university. Discuss.

So, with that hot-button topic, I’ll close this edition of Germany vs. the US and go put on a scarf and an extra sweater so I can stand to turn down my radiators a little more!

As always, thanks for stopping by. 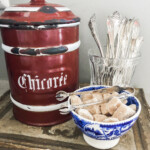 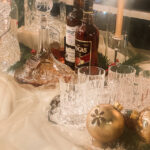 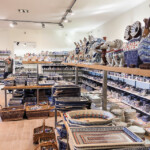 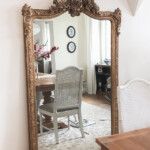 Some of My Recent Vintage and Antique Europea...